Juicy Venus became the victim of a terrorist attack on the legs. Luckily she was operated on by Dr. Lecomte

Juicy and Mushy Venus are sisters who work at a fruit company. For ZUUR they graciously helped support the Orangerie. Unfortunately Juicy was violently attacked after the event. The skilled Dr. Lecomte however, healed her injuries. The operation was broadcasted in the infamous Dokters van Aalst tv-show. 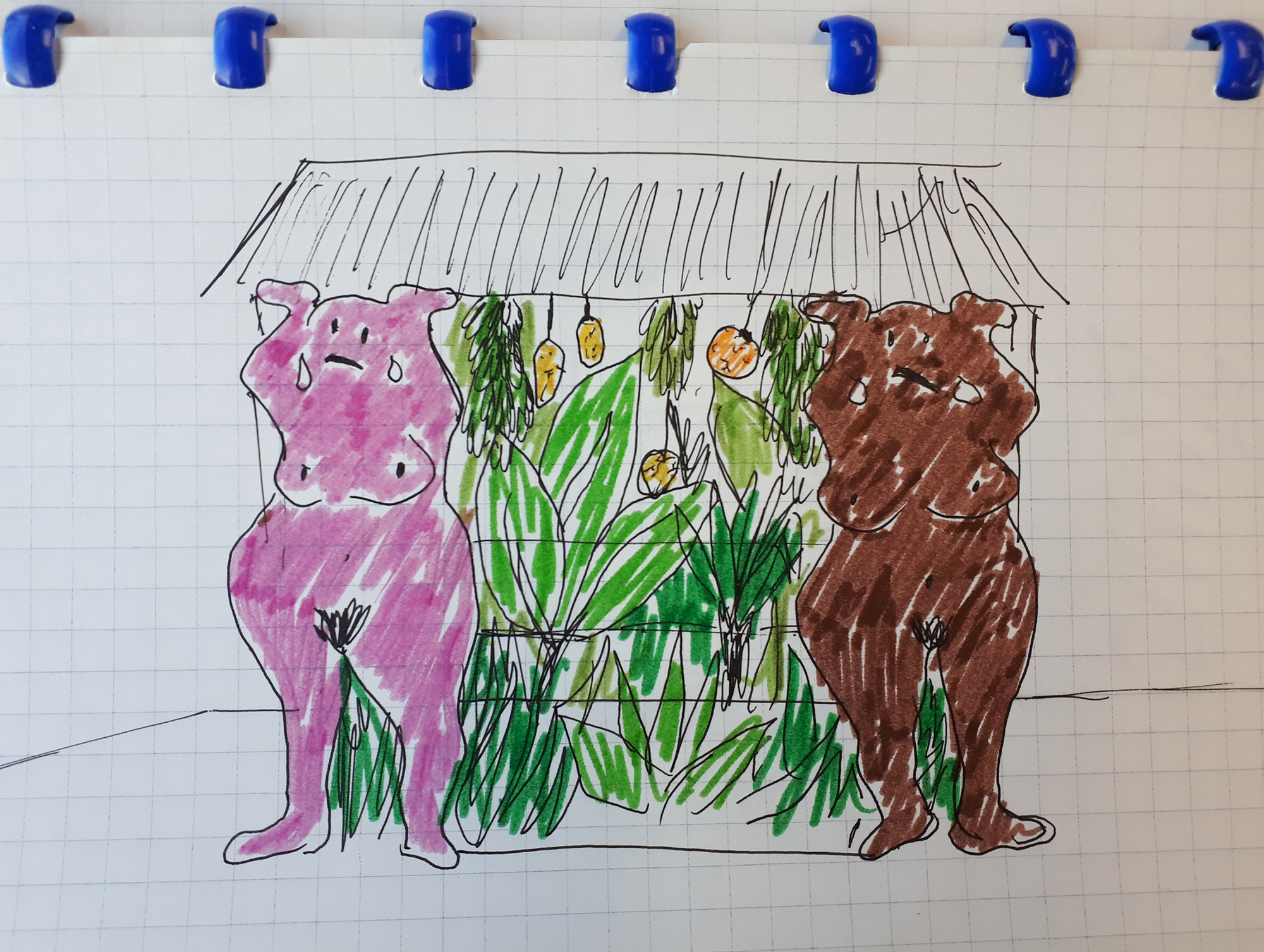