In de Vaart der Volkeren was my graduation project at KASK. During several years, Annelien and I studied the landscape next to the railroad between Aalst and Ghent. We started doing performances and making installations. The perfect view was from the window of the train. The totality of the project came together on a website: indevaartdervolkeren.be.

Scale, colour and repetition were important factors to consider if an idea was worth realizing. It started very small and we ended up turning the station of Melle into a museum for a week.

In 2010 we were invited for the first edition of Coup de Ville. In a workshop with local school children we constructed wooden skeletons for houses on a field that was intended to become the site of a new bridge. As time passed and the structures were destroyed or demolished, we reused the wood and built new ones, transporting them further and further away by foot.

We had a lot of help from our friends and family executing all of installations and performances and used public transport for most of it. 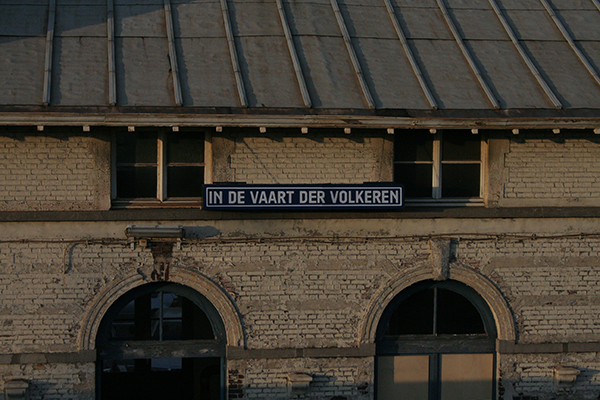